Across Canada, Around Ontario, Around Toronto, Buying a Home, Condos For Sale, Homes for Sale, Selling a Home, What's New in the Housing Market? 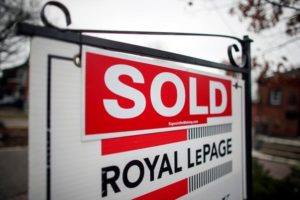 It’s forecast season for Canadian housing market experts, and most are predicting a relatively cool 2019, with only slight increases in home sales and prices.

Of course, every housing market will have its own challenges to face, and Ontario is no exception. In 2017, the market had to contend with the Ontario government’s Fair Housing Plan, while this year it struggled to adjust to the effects of a stricter mortgage qualification test.

Next year will bring a new set of headwinds, which should keep a lid on activity. Livabl has rounded up the latest industry commentary to keep you in the know about the top three.

GTA home sales were down 1.1 percent month-over-month in October, in what Scotiabank economist Marc Desormeaux says is the start of a slower period for the market.

“Greater Toronto and Hamilton sales prices rose by about 1 percent [in October], while new listings retreated by about 3 percent in both cities,” he writes, in his most recent note.

The reason? Higher mortgage rates, which are eating into the budgets of many would-be homebuyers. The Bank of Canada has indicated that it will continue to hike the overnight rate well into 2019, so it’s likely that this cooler period is here to stay.

But Desormeaux does note that a relatively low level of supply amid strong buyer demand should keep activity from dipping too sharply in 2019.

A lack of land where new homes can be built

Speaking of low supply, the Ontario home building industry released a new study this week warning that a lack of available land for new housing could drive GTA home prices up in the near future.

Currently, just 4.5 percent of greenfield in the Greater Toronto and Hamilton Area (GTHA) is available for new development. Up to 55 percent of land designated for development by 2031 is currently claimed, while 40 percent has already been built upon, 8 percent is under construction and 7 percent has recently been approved by local municipalities.

The region is set to grow by 115,000 residents per year, and the Building Industry and Land Development Association (BILD) believes that the flood of new buyers will overwhelm the market, driving prices upwards.

“Growth policies implemented by the former provincial government from 2006 and 2017 have reduced the amount of available land for new housing communities, increased land prices and have caused home prices to skyrocket,” said Dave Wilkes, president and CEO of BILD, in a statement.

This month, the Ontario government announced that rent control legislation would no long apply to new housing units added to the province’s rental market.

Several industry associations praised the move, having argued for months that rent control discourages developers from starting purpose-built rental projects. But according to Bullpen Research & Consulting president Ben Myers, the bigger problem facing the province is a lack of purpose-built and rented condo units, in a time when more and more people are looking to rent.

“This change won’t significantly move the needle on new purpose-built rental supply,” he writes, in his latest analysis. “If I had to put a number on it, I’d say we’ll get 500 to 1,000 more rental apartment starts per year because of the elimination of rent control over the next five years.”

Myers does believe that the decision could lead to an increase in investors choosing to rent out condo units, which could provide much needed supply to a tight rental market.

“The biggest impact as a result of this move will be keeping private investors interested in buying pre-construction condos to lease out,” he writes. “Condo investors have been responsible for over 75 percent of all new rental supply for the past 20 years in the GTA and without them, rental rates in the GTA would be much, much worse.”

Across Canada, Around Ontario, Around Toronto, Buying a Home, Condos For Sale, Homes for Sale, Selling a Home, What's New in the Housing Market?