7 Charts that Show How GTA Home Prices are Creeping Upwards

GTA home prices took a serious tumble in January, after the introduction of a new mortgage stress test. It was an additional blow to a market that was already struggling to adjust to the effects of a foreign buyers tax, which came into effect in the spring of 2017.

But the past two months may have signalled a turning point for the market. Sales and prices were up in both June and July, with many industry watchers predicting that the market was about to hit its stride heading into the fall season.

For a closer look at these developments, Livabl has rounded up 7 charts that should help put things in perspective.

1. There is “significant pent up demand” 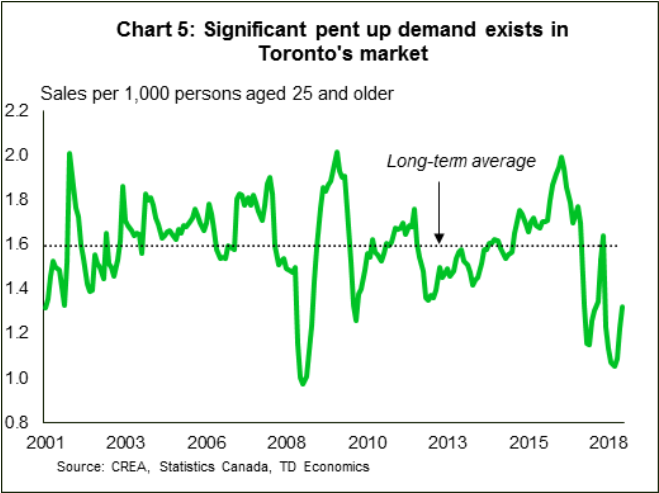 The takeaway: While things are well below the heights reached in the spring of 2017, they’ve been steadily moving upwards ever since January. Higher demand could lead to higher prices.

2. A growing population has a lot to do with it 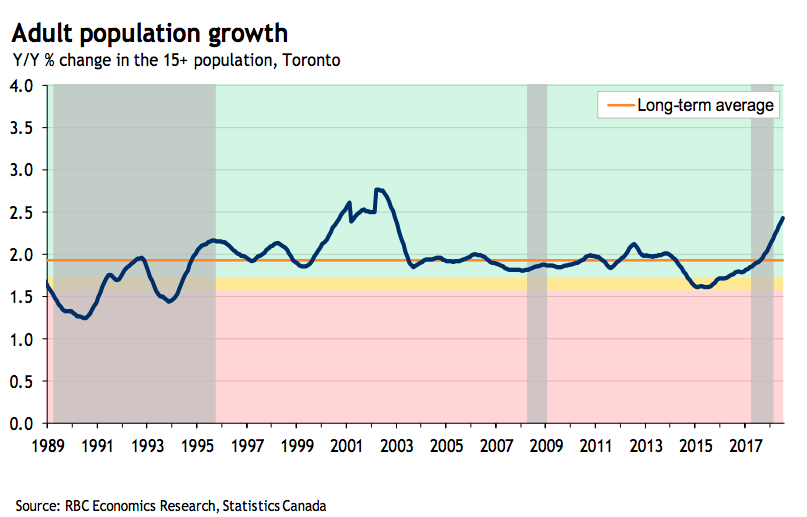 The takeaway: Population growth has been well above the average since 2017, and is unlikely to slow any time soon.

The takeaway: “Inventories of homes for sales (active listings) indicate that some degree of market tightness persists,” writes the team. “Data available at the provincial level shows that there were 2.6 months’ worth of inventory in Ontario, still significantly lower than the long-run average of 3.7.” 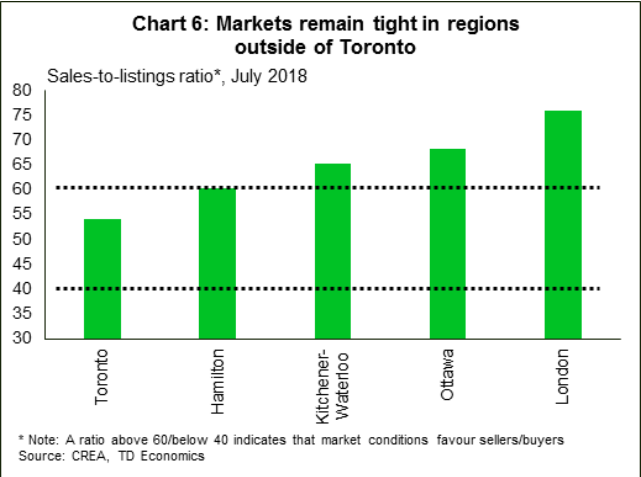 What’s going on here: TD tracked the sales-to-new-listings ratio in five Ontario markets in July. A ratio of between 40 to 60 per cent is considered balanced, with readings above and below indicating buyers’ and sellers’ markets, respectively.

The takeaway: While Toronto is still in balanced territory, surrounding markets have become sellers markets, indicating a surge of demand in the area.

5. Prices are moving up

The takeaway: After plunging in the spring of 2017, prices started to inch upwards again in June, a sign that the market may have finally adjusted to various government policies.

What’s going on here: TD tracked the ratio of the median price of single-detached homes to condos since 2012.

The takeaway: After taking a dive in spring 2017, condo price growth has started to inch up again, amid strong demand for the relatively affordable property type.

7. Residents are starting to feel the squeeze

What’s going on here: The Angus Reid Institute polled GTA residents on their opinion of the typical price of a home in the area.

The takeaway: 58% of homeowners said they found home prices to be unreasonably high, indicating that residents are feeling the squeeze of a market that is only about to get warmer.