About Real Estate, Across Canada, Around Ontario, Baby Boomers, Buying a Home, Condos For Sale, Did You Know?, Gen X, Homes for Sale, Investment Properties, Millennials, Mortgages, Selling a Home, What's New in the Housing Market? 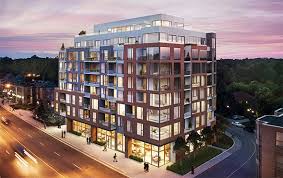 The Bank of Canada announced this week that it would leave its mortgage market-influencing key interest rate unchanged again. This development — or lack thereof — did not come as a surprise to economists who pay close attention to the central bank’s moves. It was, after all, the fifteenth straight month that the interest rate did not change.

What did catch experts off-guard was the bank’s shift in the language it used to what’s called a more “dovish” tone. This means that decision-makers at the central bank are more likely to take a relaxed approach to controlling monetary policy, which often results in a cut to its key interest rate to stimulate economic activity.

Many had predicted that, like it did last year, the Bank of Canada would keep to the sidelines in 2020 with key economic indicators all looking decent enough for policymakers to feel comfortable leaving things as is for the time being.

Josh Nye, a senior economist with RBC, believes the central bank’s calculus may have changed early this year with the economy showing signs of weakness. In a note published earlier this week, Nye noted that the Bank of Canada appeared “downbeat” when it came to assessing several key metrics in its interest rate announcement, including exports, business investment, job creation and consumer confidence. 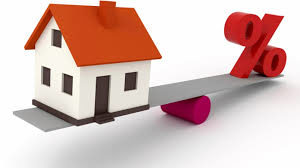 This change in tone, according to Nye, was enough to give credence to RBC’s prediction that the Bank of Canada would cut its key interest rate in April, or at least by mid-year 2020.

“The BoC is also concerned that Canada’s economy is being more negatively impacted by global headwinds than previously thought. Even with positive trade developments and signs that the global economy is stabilizing, ‘a high degree of uncertainty’ remains,” wrote Nye.

One persistent concern when it comes to moving the rate in either direction — a hike or cut — is the impact it will have on the country’s housing market. The market revved back up during the second half of 2019 so policymakers won’t want to fan those flames too much by cutting the key interest rate, which would, in turn, lead to lower mortgage rates offered by lenders.

Conversely, a rate hike would negatively impact those holding considerable household debt, especially those with large mortgages. Servicing those debts would become more difficult in an environment where rates are on the rise.

Despite concerns that a rate cut could risk overheating the country’s housing market, Nye believes the Bank of Canada will act anyway if it sees the Canadian economy slowing more than it had previously expected.

Nye isn’t the only one who believes a rate cut is likely for 2020. In a note published this week, TD Senior Economist James Marple echoed Nye’s view that a rate cut is in the cards, though he stopped short at predicting when exactly it would happen.

About Real Estate, Across Canada, Around Ontario, Baby Boomers, Buying a Home, Condos For Sale, Did You Know?, Gen X, Homes for Sale, Investment Properties, Millennials, Mortgages, Selling a Home, What's New in the Housing Market?