About Real Estate, Around the House, Buying a Home, Condos For Sale, Did You Know?, Homes for Sale, Millennials, Mortgages, Rental Units, Selling a Home, What's New in the Housing Market? 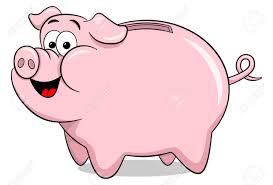 Of all the surprises that 2019 had in store for Canadian home buyers, consistently low mortgage rates were certainly among the more pleasant and unexpected.

Earlier in the year, the consensus opinion among market experts was that the Bank of Canada would surely hike its mortgage-market influencing overnight rate and mortgage rates would follow that path upward. Some even felt it was likely that rates would increase more than once.

Meantime, contrarians said a rate cut before the end of the year was far more likely as the global market appeared to be sliding toward a recession and the Canadian economy would need the stimulus to prevent long-term damage.

The central bank responded by doing neither of these things; its influential overnight rate didn’t budge all year. The decision to leave the overnight rate untouched caused mortgage rates to dip as lenders competed for mortgage applicants. Rates stayed low all year and bottomed out in August before rising marginally through the fall. This not only boosted home buying, but also increased the purchasing power of buyers.

According to Stephen Brown, an economist at Capital Economics, a home buyer could afford to spend 10 percent more on a home at the August mortgage rate low-point than what they could have afforded late in 2018. As a result, home buying surged in many major Canadian cities to the point where a rate cut from the Bank of Canada would only throw gas on the fire and potentially overheat the market.

“Given its concerns about elevated household debt, we think the Bank will avoid providing further stimulus to the housing market by keeping interest rates on hold throughout 2020,” wrote Brown in a note titled “Resurgent housing market to keep Bank on hold” that was distributed to clients earlier this week.

BMO economist Benjamin Reitzes appeared to share Brown’s belief that rate movement isn’t in the cards for the foreseeable future.

“Barring a negative shock hitting the economy, it looks like the BoC could be on hold for some time yet,” he wrote in a research note last week.

In his weekly column on brokerage Realosophy’s Move Smartly blog, David Larock argued that mortgage rates were likely to drop over the next year as the Bank of Canada cuts its mortgage-market influencing overnight rate. Unlike some economists, Larock, a mortgage broker, believes conditions will worsen to the point that the central bank will be forced to cut rates in order to provide economic stimulus.

He believes the factors that supported a strong economy this year — population growth, solid labour markets, reenergized housing markets, to name a few — will all be diminished in 2020. This, along with seemingly endless global trade conflicts, will force the central bank to act and interest rates will fall.

So whether they stay put or drop further, one thing appears certain — Canadian mortgage rates will remain low in 2020.

About Real Estate, Around the House, Buying a Home, Condos For Sale, Did You Know?, Homes for Sale, Millennials, Mortgages, Rental Units, Selling a Home, What's New in the Housing Market?