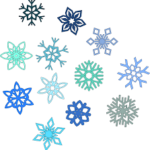 I moved from Montreal to Toronto in March of 1977 thinking that the winters would be a lot warmer and we’d have a lot less snow. Oh boy did I get a surprise In January 1978. Toronto was the victim of an incredible blizzard. It snowed and snowed and the wind blew and blew…and I thought to myself “where have I moved to? “

But, after that year, the winters were really, I felt, quite mild and we did not have that much snow (after all I was used to tons of snow coming from Quebec). So, winter activities were somewhat limited. Well, yes we still had to shovel a bit and we could go to the skating rink on occasion, but tobogganing was (or seemed to be) a thing of the past.

But, every January, I would optimistically plan a skating party or tobogganing party for my youngest daughter’s birthday. And every year since I can remember, I had to have a plan B. And now that we have tons of snow and could go tobogganing for her birthday party, she no longer lives in Toronto.

Since Family Day is this Monday, Feb 19th, I thought I would share with you some of the 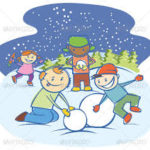 great sledding hills we have access to in Toronto. Why not give your kids a taste of good old Canadian fun! Take them sledding!

Here are some hills they will love!

West End
Warren Park/Lambton Park – just behind the Swansea Community Rec Centre
High Park on Bloor St. W. has a few hills, but the most popular is just south of the Grenadier Restaurant
Rennie Park: Near Windermere and Morningside Ave.
Lithuania Park is on Oakmount on the west side of Keele Street north of High Park

York & Crosstown
Cedarvale Park is on Arlington near Vaughan Road
Westlake Memorial Park is in the Mount Dennis area near Weston Rd.. and Black Creek Dr. 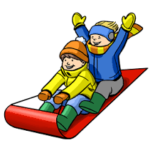 East York
Howard Talbot Park: Near Leaside High School on Eglinton near Bayview Ave.
Sunnybrook Park on Leslie near Eglinton Ave. E.
Taylor Creek Park isn’t too steep, but will thrill the little ones. It is located on Dawes near Woodbine and O’Connor Dr.

Scarborough
Adams Park on Rozell in Scarborough is close to Port Union Road and Hwy 401.
L’Amoreaux Park has a steeper hill that’s for older children. On Birchmount north of Finch Ave. E.
Blantyre Park is on Fallingbrook Road near Victoria Park and Kingston Road
Chartland Park near Midland Ave. and Huntingwood DR.

Hope you enjoy the snow and the shrieks of kids having fun and just being kids. But, just to be on the safe side, it would be wise to have your little ones wear helmets.