Home Sales are Down 69% — is This a Once-in-a-Decade Chance to Get Into Toronto’s housing market? 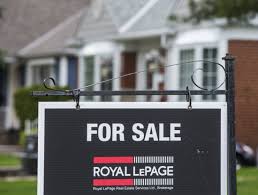 House-hungry millennials could be forgiven for hoping that the silver lining in COVID-19’s economic rampage is an unexpected shot at the real estate market.

With home prices set to soar at the start of this year, many would-be buyers went into lockdown feeling priced out and discouraged by heated bidding wars and bully offers.

Then COVID-19 sent Greater Toronto Area home sales tumbling 69 per cent year over year in April. Some consumers still hanging on to their salaried jobs read it as a signal that the window of opportunity was opening.

While there are some opportunities in the COVID-19 housing market, experts warn those come with risk, and timing the low point is tricky for buyers. Even if this is a once-in-a-decade chance to step on the property ladder, it may be slipping away as the economy sputters back to life.

The Star asked six experts — two economists, three real estate brokers and a mortgage specialist — if post-pandemic conditions will be first-time-buyer friendly, and whether a recovery will quickly shut down those opportunities.

The average home price in Toronto in February 2020.

The average home price in Toronto in April 2020.

GTA listings were down 64 per cent in April compared to the same month last year.

Here’s what they said:

“The bottom is not falling out of the market, but it’s a better time for a first-time buyer probably than we’ve seen since 2009,” said Andrew Harrild of Condos.ca.

The year opened with bidding wars galore and homes commonly selling for 10 per cent over list price. Then in mid-March, when open houses were cancelled and condo buildings banned real estate showings, there were probably deals to be had amid the uncertainty.

But the market has since stabilized.

“You’re even starting to see offer dates creeping back in, which is certainly an indication people are feeling a bit more confident,” Harrild said.

The flip side is there isn’t much to see. Listings were down 64 per cent in April compared to the same month last year, with short supply putting upward pressure on prices and signs of pent-up demand.

“There’s a bit of confidence coming into the market,” he said.

If you are looking for a bargain you’ve got to drill down to individual neighbourhood and housing category, said Zoocasa CEO Lauren Haw.

She warned that sales statistics are skewed by the low number of sales and the mix of available properties on the market.

“Neighbourhood by neighbourhood, things are quite different,” she said.

There could be more choices for those in the market for a downtown condo. That’s where some short-term rentals have migrated to the long-term-rental and resale markets. But there are few detached houses available in good school districts.

“April-May is your crown month for family homes in good school districts and they’re not for sale right now. I continue to think when those houses hit the market we’re going to see prices rise,” Haw said.

There is some real estate excitement in the 905 communities around Toronto and that is extending to cities such as Hamilton, Peterborough, Barrie, London and Kitchener-Waterloo, markets that were thriving before the pandemic.

Now that many people don’t see themselves going back to work at the office full-time, Haw predicted those secondary cities will likely remain buoyant.

“If I am only going to commute three days a week, of course I’m going to buy a detached house in a great neighbourhood in Kitchener,” she said. But home buyers will continue to want walkable downtown lifestyles with restaurants and entertainment nearby.

Royal LePage CEO Phil Soper said there are bargains to be had with homes selling for less than they were in March. But, he said, “There is a risk premium for trading in any financial crisis and frankly it’s justified because there are so many unknowns.”

That benefit of a sale price that is 2 to 5 per cent lower looks more substantial when you consider prices had been expected to rise as much as 15 per cent this spring, he said.

Soper also warned that the window for those savings will close as the market returns to normal, and there are signs that is already happening, with traffic up 20 per cent year over year at the company’s listings website royallepage.ca and an uptick in virtual and guided showings.

“The longer you wait the less an opportunity there will be for a cheaper purchase,” he said.

“In any market correction, buyers are the earliest to react to a potential downturn and adjust their expectations lower as far as price goes. Sellers are the last in and the first out,” Soper said.

Their usual reaction is to take their house off the market or test the market to see if they can get what they want, not let the house go at a significant discount.

“It appears that the 905 is doing better than the 416 during this recovery,” Soper said. “It may be a combination of lower average price and lower density — probably a citizenry that is somewhat less concerned about leaving their homes to transact, particularly in housing,” he said.

David Macdonald, senior economist with the Canadian Centre for Policy Alternatives, said he doubts few young adults 25 to 35 years are thinking about buying homes, with about 30 per cent having lost their jobs or the majority of their work hours since February.

“If you were in that age category and a third of your friends lost their jobs, you might be pretty reticent to take on a big mortgage because you might be next,” he said.

Several factors need to line up for buyers to take advantage of the recession, Macdonald said.

“You’ve got to be lucky enough to keep your job and we need to see big declines in house prices, which itself would be devastating to the economy because people would feel a lot poorer as a result of their houses being worth much less,” he said.

Macdonald said people who might have been saving for a house pre-COVID-19 are now likely more preoccupied with paying the rent.

“There may be people who benefit from this but in terms of allowing millennials en masse to buy single-detached homes in the GTA any time soon, I think that’s extraordinarily unlikely,” he said.

One sign the housing market could be quickly revived is that mortgage pre-approvals are beginning to pile up, said James Laird, president of CanWise Financial.