If You Could Buy a Sizable Plot of Land for $1.00 in Canada, Would You?

About Real Estate, Across Canada, Around Ontario, Around the House, Around Toronto, Buying a Home, Environmentally Friendly Programs, Fun Things to Read About, Home Improvements, Homes for Sale, Investment Properties, Millennials, miscellaneous, On a Personal Note

There are a lot of people who are tired of the hustle and bustle of the city. They dream of living in a small town where life is a little slower and everyone knows everybody.

When I first arrived in Canada, I lived in a small town in the Eastern Townships (an area about 1-1/2 hours southeast of Montreal. I lived there from age 4 till I was 9 years old. Then I lived in Montreal and Toronto…but I always thought about that small town and how lovely it was.

In 2004, I moved back to the Eastern Townships for a couple of years and really enjoyed it, unfortunately, had to move back to the “big smoke” (Toronto). But  after seeing this article, I am  seriously thinking about taking advantage of this offer. 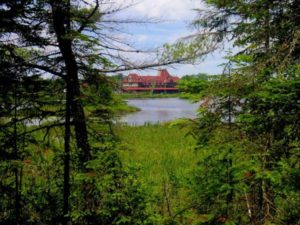 If moving out of the “big, bad city” is a dream of yours, McAdam, New Brunswick might be the answer to your prayers. Canada’s second major, and oft-forgotten, bilingual province is a beautiful wilderness of forests and lakes… and they want you to move in. 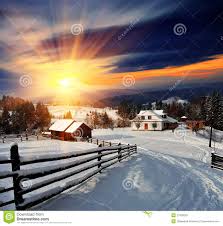 For just $1, you can purchase a fully-serviced plot of land in McAdam, New Brunswick, no strings attached. The plots range from 5,300 square feet to 11,000 square feet. That leaves you lots of space for a great garden or expansive backyard… or just build that mansion you’ve always wanted.

Everyone knows that Maritime hospitality is world renowned, and it seems McAdam is no different. The town spent two years slowly acquiring the land, spending about $2500 per lot… that means you’d be getting a nice $2499 discount. The only catch is that you must build a dwelling on the property within two years. (So give up any plans you have to buy the land for a dollar and then flip it for its actual worth.) 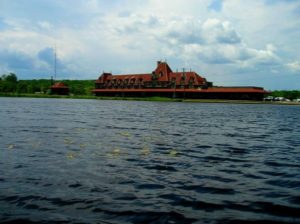 McAdam sits right on the Maine border, making it perfect for any trips Stateside, but its also a quick drive to Fredericton, the closest major city. You’re also only a two hour drive from St. John and the beautiful Bay of Fundy. Essentially, you’ve got every box checked: nature, city life, the sea, and the States.

I spoke with mayor Ken Stannix, who explained that the village decided to sell these lots for only $1 in an effort to expand and grow. The McAdam Community Action Group hopes to see more than just a monetary return, too, as they expect the fresh ideas and energy that is brought with the newcomers will rejuvenate the community.

Of the people interested in these plots that Mayor Stannix has spoken with, it seems the general theme amongst inquiring parties is that they “want to get out of the city” and “escape the rush, rush, rush.” He’s had calls from people as far as British Columbia and there’s no question in my mind: they’d be saving a serious amount of money.

I can picture it now… a cozy little cabin with a fireplace and nature all around. It’s an hour drive to Fredericton, but that’s still probably less time than most Canadians in major cities spend commuting each day.

The lots are being considered on a first-come-first-served basis and the mayor informed me that at least 5 lots are already claimed. He’s had over 150 calls since the town announced the sale last week. For more information and to see a map of the lots, check out the town’s site directly here.

Written by  Lena Slanisky for the Montreal Blog

About Real Estate, Across Canada, Around Ontario, Around the House, Around Toronto, Buying a Home, Environmentally Friendly Programs, Fun Things to Read About, Home Improvements, Homes for Sale, Investment Properties, Millennials, miscellaneous, On a Personal Note