Pressure on Toronto’s rental market to intensify in 2019

About Real Estate, Across Canada, Around Ontario, Around the House, Around Toronto, Did You Know?, Investment Properties, Millennials, Rental Units, What's New in the Housing Market? 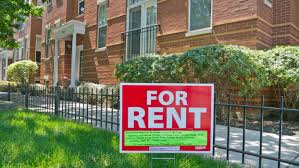 For those looking to rent in Toronto, 2019 is poised to be a challenging year.

Many experts see Canada’s once red-hot housing markets remaining fairly balanced over the next 12 months as average prices and sales moderate, but they are sounding the alarm on one of the country’s tightest rental markets.

“The rental market in Toronto is definitely something to watch in 2019,” Scott Ingram, a realtor with Century 21, told BNN Bloomberg in an email, pointing to the latest rental market report from the Canada Housing and Mortgage Corporation (CMHC), which revealed that a slowing tenant turnover rate coupled with a growing population will further strain the market in the coming year.

According to the CMHC, Toronto has one of the lowest rental vacancy rates in the country at 1.1%. Other hot rental markets like Vancouver and Victoria are seeing similar trends with vacancy rates at 1.0% and 1.2%, respectively.

In comparison, the housing agency said the average vacancy rate across the entire country was 2.4% this year, down from 3% in 2017 as demand outpaces supply. 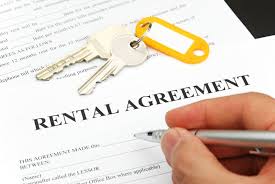 “There’s a lot of tech-related growth – these are well-paying jobs,” she told BNN Bloomberg in a telephone interview, referring to companies like Instacart and Uber, which both plan to add more jobs to the city, and Pinterest, which opened a new Toronto office in October.

“The people that are migrating here for these jobs [are] affecting not only the purchase market, but obviously also the rental market. So really, the average earner in Toronto is not buying the average house in Toronto. They are either renting or commuting a little bit further to be able to afford the home that they want.”

“The job market will continue to put pressure on the rental housing market – but that job market is actually going to continue to fuel potential buyers into the Toronto [region],” Haw added.

John Pasalis, president of Realosophy Realty, told BNN Bloomberg the dependence of condos in Toronto is what’s most concerning to him.

“I think one of the worst things we’ve seen over the last 20 years is virtually all of the rental supply has come in the form of condominiums, which is not good, because that’s not a permanent rental stock,” he said in a telephone interview.

Toronto has one of the most expensive rental rates in the country. In October, average monthly rent for a two-bedroom apartment in the city was $1,467, which was only slightly lower than Vancouver, the country’s most expensive city to rent in, where the average two-bedroom unit goes for $1,649.

Adding to price pressures, Pasalis said that while there is more purpose-built rental construction happening, it’s not enough to keep up with the demand. “I definitely see we are still going to have a very tight rental market in the GTA over the next year.”

Haw echoed that sentiment, noting 2019 isn’t expected to be a big year for condo completions.

About Real Estate, Across Canada, Around Ontario, Around the House, Around Toronto, Did You Know?, Investment Properties, Millennials, Rental Units, What's New in the Housing Market?