About Real Estate, Around Ontario, Around Toronto, Buying a Home, Did You Know?, Fun Things to Read About, Homes for Sale, Millennials, Selling a Home, Uncategorized, What's New in the Housing Market? 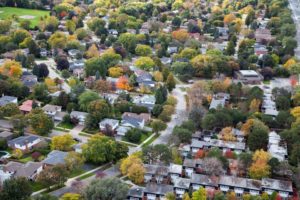 Suburban allure has largely become a thing of the past, but in the Greater Toronto Area—where the cost of housing grows astronomically by the month—the outskirts are becoming cost-friendly alternatives for renters.

The trend of renter migration from the downtown core to suburbs became particularly pronounced during Q4 of 2017, according to Urbanation. For 700 square feet of condo in Toronto’s core, renters fork up an average of $2,400. Mid-town Toronto condos, which are more spacious, fetch an average of $3,000 a month. 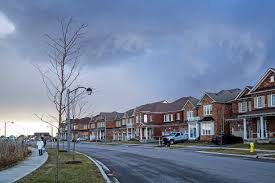 “The other thing we’ve noticed as an emerging trend is an increased share activity moving into the low-cost suburban markets,” Hildebrand told CREW. “Lease activity in the 905 region grew quickly at the end of last year, and for renters you can save over $500 a month if you substitute renting in the downtown area and move into markets like Mississauga, or Vaughan, or Markham, where the rents are averaging closer to around $1,700, $1,800 a month.”

Gary Singh, a Royal LePage Signature Realty sales agent, says he noticed a spike in demand for suburban rentals in the last half of 2017, and he isn’t surprised.

“My take on that is the demand is there for two reasons: One, our city is growing; the projection is two million people over the next 25 years in the Golden Horseshoe,” he said. “Second, owning a property became so expensive last year that a lot of people started jumping into the rental market, just like you would see in Manhattan.”

But too many people have jumped into the rental market, it seems.

The level of rental construction was at a 25-year high with over 3,644 units starting construction in 2017, with a slew of new applications coming in near year’s end—a stark contrast with the modest numbers after the introduction of rent control.

However, those numbers are somewhat deceiving because strong demand coupled with a chronic supply shortage is still wreaking havoc on affordability in Toronto’s rental market.

“I will say even though we’re at a 25-year high for rental construction, in terms of units under construction right now at just over 7,000 units, we’re only going to be completing about 2,000 to 2,500 a year, which is not going to make much of a dent in the marketplace when rental demand is running at around 20,000 units a year in the GTA,” said Hildebrand. “So we’re going to have to continue to rely on rental supply coming from the condo sector, at least over the next three years.”

About Real Estate, Around Ontario, Around Toronto, Buying a Home, Did You Know?, Fun Things to Read About, Homes for Sale, Millennials, Selling a Home, Uncategorized, What's New in the Housing Market?