Toronto city council spent hours debating a proposed plan to build bike lanes at North York’s busy Yonge and Sheppard intersection. While council voted to move the debate to a future meeting, one real estate agent says the proposed plan could be a serious boost to North York property values. 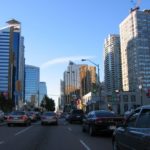 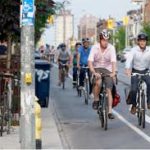 prove the streetscape by widening sidewalks, creating a pedestrian destination for passersby and local condo-dwellers.

“I think generally creating more walkability, and more places to engage with one another, is a good thing,” says Mamourian, who believes the plan could attract a new buyer demographic to the area.

“I think it would attract a completely different demographic than it currently does,” he says. “Young families who are priced out of the low-rise market and are considering condos as alternatives would be compelled by the condos in that area, if there were spaces to go and be outside.”

For now at least, these are just musings about what could happen — council deferred discussing the plan until an undetermined “future date.” Ward 23 councillor John Filion suggested to The Toronto Star that the issue might not return to council chambers until after the next municipal election on October 22.

But ultimately, Mamourian believes that, if the plan were to go ahead, it could create a new sense of community in the area — a major selling point for young professionals and families.

“Having a place where people can go, stay, shop and enjoy themselves would be very attractive to many buyers,” he says. 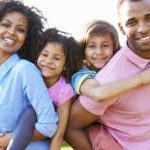