This is why the GTA condo market is still red hot, despite a dip in sales 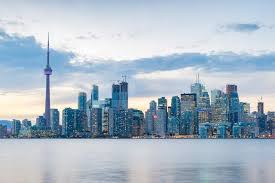 The GTA housing market has been seeing year-over-year sales drops every month since January, and the condo market is no exception. Yet despite the dip in sales, prices have continued to rise. The reason? According to one expert, it all has to do with a historically low level of listings.

“One of the big reasons we’re not seeing a cool down in the condo market in spite of falling sales is because the number of new listings…has also been on the way down,” writes Realosophy president John Pasalis, in a recent report. “Not only are the number of condo listings down over last year, they have been trending down since 2015, and are currently at their lowest level since at least 2010.”

According to Pasalis, the dip in listings can’t be attributed solely to a lack of supply, since new condo completions have been above the 10-year average since 2015. He instead points to a change in the mentality of sellers as a possible cause.

“While it’s difficult to say why new listings for condos are down, my instinct is that a larger number of people who are upsizing from their condo are deciding to hold on to their current unit to rent out as an income property rather than putting it up for sale,” he writes.

While such a trend would add supply to a tight rental market, it would make things more competitive for those looking to enter the condo market.

Toronto Real Estate Board President Tim Syrianos recently suggested a different reason for the dip in listings: buyers purchasing homes they plan to live in, not flip or rent.

SEE ALSO: Here’s what April GTA home sales are telling us about the spring market so far

“Recent polling by Ipsos tells us that the great majority of buyers are purchasing a home within which to live,” he writes, in a recent report. “This means these buyers are treating home ownership as a long-term investment. A strong and diverse labour market and continued population growth based on immigration should continue to underpin long-term home price appreciation.”

Regardless of why listings are down, Pasalis writes that if the trend continues, condo prices are only going to keep moving upwards.

“Since July 2017, condo prices have been trending up because of the number of condos available for sale, relative to demand, has been trending down,” he writes. “It’s this imbalance between supply and demand that has kept the market for condos very competitive and has pushed prices higher.” This is why the GTA condo market is still red hot, despite a dip in sales