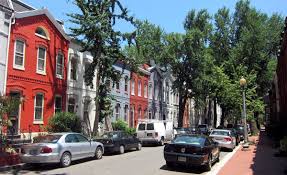 Toronto’s housing market last month posted sharpest drop since the start of the COVID-19 pandemic, as buyers and sellers took a breather from a frenetic pace amid surging infections and renewed lockdown measures.

The number of properties changing hands in Toronto declined 20 per cent in April on an annualized basis from the month before, while the average price for a home fell 3.6 per cent to $1.05 million, according to data released Wednesday from the Toronto Regional Real Estate Board. Both declines were the steepest since April 2020, the first full month of the pandemic. Even so, almost 10,800 homes changed hands — a record for the month of April.

“It makes sense that we had a pullback in market activity compared to March,” Lisa Patel, president of Toronto’s real estate board, said in a statement. “We’ve experienced a torrid pace of home sales since the summer of 2020 while seeing little in the way of population growth. We may be starting to exhaust the pool of potential buyers.”

The slowdown comes after months of ever-more frenzied activity in real estate markets in Toronto and across Canada. Surging demand prompted warnings from the government’s own national housing agency that risks of a bubble were growing, and prominent economists called for policy makers to step in to slow it down.

Since then, a renewed wave of COVID-19 infections has swept the country, causing Toronto and the rest of the province of Ontario to be placed under a stay-at-home order. Last month’s slowdown in home sales could strengthen voices arguing that market forces preclude the need for government action.

A similar dynamic appeared in Vancouver in April, where the number of sales fell 14 per cent from March, according to a release Tuesday from that city’s real estate board. Vancouver has been contending with its own wave of coronavirus infections, though not as severe as Toronto. Activity in both markets was still well above the depressed levels of last April, and elevated from the long-term averages for this time of year.

“While the pace of price growth could moderate in the coming months, home prices will likely continue on the upward trend,” Jason Mercer, the Toronto real estate board’s chief market analyst, said in a statement. “Renewed population growth over the next year coupled with a persistent lack of new inventory will underpin home-price appreciation.”