Around Ontario, Around Toronto, Did You Know? 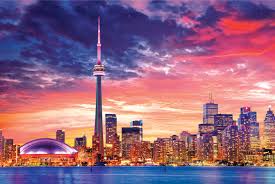 Toronto has been named one of the 10 best cities in the world for long-term success.

According to a recent report by Visual Capitalist and the World Economic Forum, technological change is advancing rapidly with a globalized economy, and with the growth, cities are transforming at an unprecedented pace.

“But while these fast-moving currents are found in pretty much every urbanized setting, not every city is doing well to navigate them,” said Jeff Desjardins, founder and editor of Visual Capitalist.

“In an increasingly digital and global economy, cities must be able to attract high-end talent, foster innovation, and maintain competitiveness – and failing to do so can have dire consequences.”

Using data from the City Momentum Index 2018 produced by JLL, the report tries to identify cities that are at the forefront of the innovation economy, by looking at important factors such as the number of tech firms, education, environment, transparency, infrastructure, and international patents.

And from there, the report narrowed down the cities that have the future-proofing capacity for longer-term success.

Toronto made it to number 9, and is the only Canadian city to crack the top 10. “By investing in and leveraging their strengths in technology, physical and digital connectivity, quality of life and sustainability, [these cities] are positioned to maintain their performance into the future in this new competitive landscape,” said Desjardins.

Other Canadian cities on the long-term success list include Vancouver at 19, and Montreal at 26.

Around Ontario, Around Toronto, Did You Know?