About Real Estate, Across Canada, Around Ontario, Around the House, Around Toronto, Baby Boomers, Buying a Home, Condos For Sale, Covid-19, Did You Know?, Gen X, Homes for Sale, Millennials, Rental Units, Selling a Home 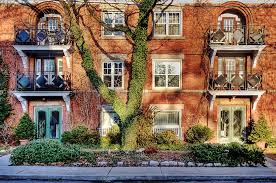 Rental costs in Canada’s biggest city will continue declining over the next four to five months, but could reverse course by the summer if COVID-19 cases keep falling.

A new report published today by Rentals.ca suggests late spring is the most likely time that Toronto rent prices will start climbing again as the impacts of some pandemic-driven trends in the broader housing market begin to fade.

In commentary published within the Rentals.ca report, Bullpen Researching and Consulting President Ben Myers said an influx of newly built housing supply will prevent rent prices from gaining much ground early in the year, especially in Toronto’s downtown core.

“A major decline in COVID numbers will be the only thing that reverses this trend,” Myers said in the report.

Other factors keeping rental prices in check that Myers pointed to include remote-working renters moving out to the suburbs where their money goes further and first-time buyers taking advantage of low interest rates to jump into the housing market.

But, despite these headwinds, Myers expects Toronto’s rental market will pick up steam in the first half of 2021 with asking rents ending the year up four percent annually.

Of course, widespread vaccination rollout, declining COVID-19 infections and the prospect of a return to normalcy in Toronto’s urban core are critical to establish this rental market momentum. Myers also believes that soaring resale home prices in the suburbs may eventually force some aspiring homebuyers to push back their purchase plans. If they do choose to move in the meantime, a downtown unit priced significantly lower than early 2020 levels could look pretty appealing.

Another group that could be swayed by lower downtown rental costs are adults currently living with their parents. According to Myers, the Toronto region has the highest share of adults living at home in the country.

“At some point the rent declines will be enough to entice them to jump into the market,” he said. “Tenants are going to try to time the bottom of the market, and that bottom may come as soon as March.”

Written by Sean MacKay
For Livabl

About Real Estate, Across Canada, Around Ontario, Around the House, Around Toronto, Baby Boomers, Buying a Home, Condos For Sale, Covid-19, Did You Know?, Gen X, Homes for Sale, Millennials, Rental Units, Selling a Home